Joseph always believed that God would one day fulfill the promise to Abraham and his decendents and make a great nation of that people and give them the land that he had shown to Abraham. The land that was then called Canaan, but that we now call Israel. When he knew he was dying, he made the members of the nation of Israel, then living safely in Egypt, promise to take his body to the Promised Land

This promise to one of their most faithful leaders was remembered, and Joseph's body was taken with them when the nation of Israel was finally released by Pharoah to return to the land God had promised them under Moses' leadership over a century later.

Ex 13:18 So God led the people around by the desert road toward the Red Sea. The Israelites went up out of Egypt ready for battle. 19 Moses took the bones of Joseph with him because Joseph had made the Israelites swear an oath. He had said, “God will surely come to your aid, and then you must carry my bones up with you from this place.”

We await the ultimate fulfillment of this promise when Abraham, and all those that believe in God's promises, will inhabit this Promised Land forever. 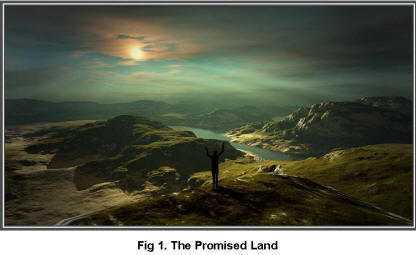