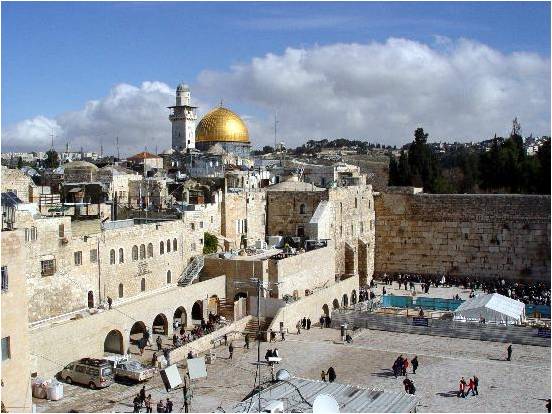 The Kingdom of God on Earth - 9

The fourth empire in “the kingdom of men” was depicted as “strong as iron, breaking in pieces, and bruising.” In the king’s dream it is represented by the iron legs, feet, and toes of the image. Once more, history supplies an entire verification of the prophecy.

The Roman empire rose into powerful existence, and subduing the power of the Greeks, became mistress of the world. She extended her dominion beyond the limits of any former empire, and established one of the most tyrannical powers the world has ever seen. She was truly “as strong as iron, inasmuch as iron breaks in pieces and shatters all things; and like iron that crushes, that kingdom will break in pieces and crush all the others” - Daniel 2:40.

The shrewdness of her rulers, the efficiency of her imperial administration, the military skill of her generals, the discipline of her army, the strength of her laws, and the superior extent of her resources, combined to make Rome the strongest piece of political machinery the world has ever seen.

The Pax Romana (Latin = “Roman Peace”) continued from a little before the birth of Jesus for about 200 years. During that time the empire protected and governed individual provinces, permitting each to make and administer its own laws while accepting Roman taxation and military control. That protection was maintained by brute force - a standing army of 30 legions or 150,000 professional troops, with about 245,000 auxiliary soldiers.

But the army was not doing a lot of standing around - they were kept busy constructing the most remarkable transportation network of the ancient world, extending from the far west in Britain to the Tigris-Euphrates river system and from the Danube River to Spain and northern Africa in the south. In all, the Romans built 50,000 miles or 80,000 km, of hard-surfaced highway, notable for their straightness, solid foundations, cambered surfaces facilitating drainage, and use of concrete.

Great roads radiated outward from Rome - their numerous feeder roads extending far into the Roman provinces led to the proverb “All roads lead to Rome.” Unlike other places at that time, and unlike other ages, the highways were kept clear of highwaymen and robbers, and safe for commercial transport and personal travel - perfect conditions for the apostles and their fellow workers to spread the Gospel across many nations.

Finally the Roman legions could not stop invaders from crossing the borders into the empire, killing and plundering, and finally settling in their lands. This happened many times until the invaders formed their own separate nations which became the Europe that we have today.

Verse 44 continues, “and in the days of these kings the God of heaven will set up a kingdom which shall never be destroyed; and the kingdom shall not be left to other people; it shall break in pieces and consume all these kingdoms, and it shall stand forever.”

Despite the imperial ambitions of men like Napoleon and Bismark, no single empire has replaced the Roman. The existing “toes” of iron and clay are soon to be struck by the “stone” and “the God of heaven will set up a kingdom which shall never be destroyed.”